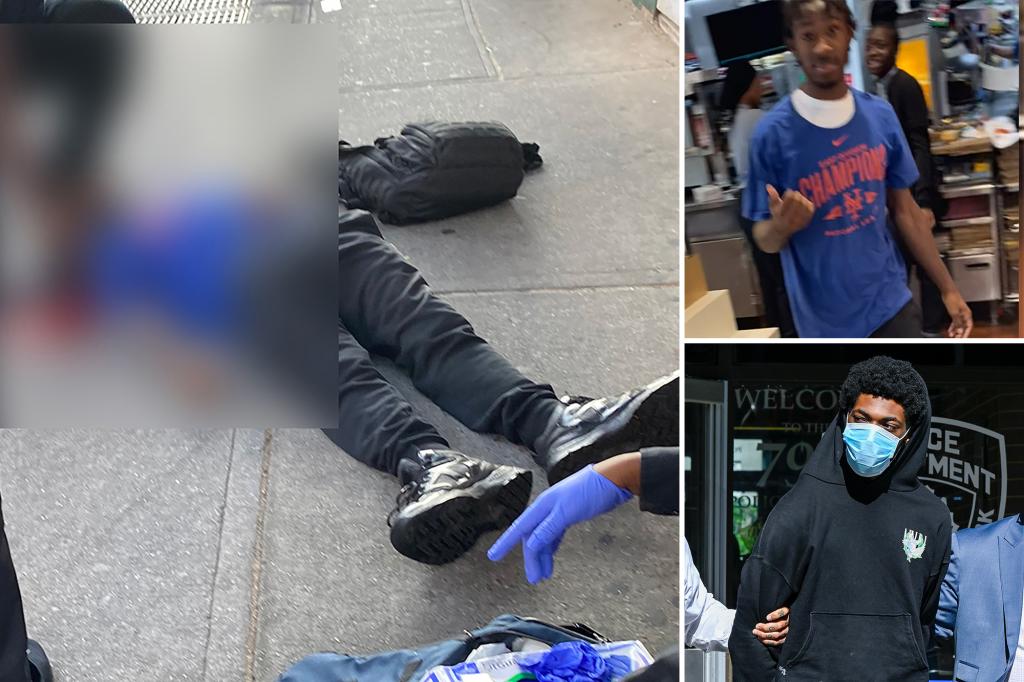 A Brooklyn McDonald’s employee died after being shot in the neck while eating French fries, police said Friday.

Matthew Webb, 23, “died of his injuries” Monday after being shot outside the Bedford Stuyvesant fast food restaurant where he worked, according to the New York Police Department.

The attack was “considered a homicide,” police said early Friday, stressing that “an investigation is ongoing.”

Michael Morgan, 20, has already been charged with attempted murder and criminal possession of a loaded firearm for blasting Webb in anger that his mother was served cold fries.

Prosecutors said at a court hearing on Thursday that even before Webb’s death was confirmed, he would likely be charged with murder.

Webb was working at a Fulton Street eatery Monday night when Morgan’s mother, Lisa Fulmore, complained to a worker that her fries were cold and asked to speak to a manager.

Watch this web story by tapping the right side of the screen below.

Fulmore was FaceTiming with Morgan when an employee started laughing at her. Morgan comes to a restaurant and she spills on the sidewalk and gets into a fight with Webb.

Prosecutors allege Morgan punched Webb in the face and when he got up, he pulled out a gun and blew himself up in the neck.

His mother later told police that her son had told her, “He has to do what he has to do.”

The suspect’s girlfriend, Kamelia Dunlap, has also been charged with possession of a weapon for allegedly giving Morgan a gun. She was arraigned late Wednesday and held on $50,000 cash bail after her prosecutor said she admitted to possessing a gun.

Morgan was also charged with previous murders after allegedly confessing during questioning about the McDonald’s shooting.