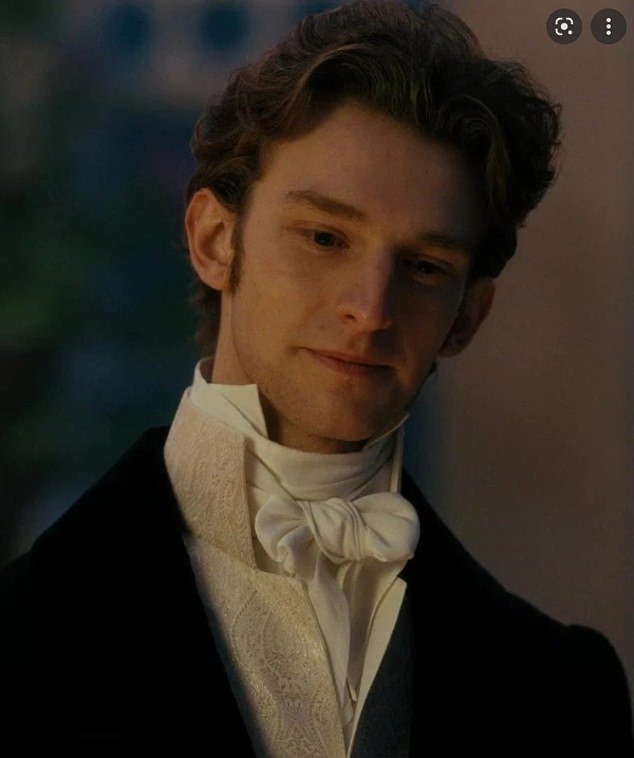 By Milly Veitch of Mailonline and Richard Eden of Daily Mail

Baptized Louis – and Prince Charles as one of his grandfathers – was always destined for grandeur.

No, not the third and youngest of Kate and Wills’ offspring, but Louis Cunningham, 24, grandson of the late Prince Charles of Luxembourg.

After making his Bridgerton debut as Lord Corning, he now stars in the eight-part BBC drama Marie Antoinette. His role? Of course Louis XVI.

The Daily Mail’s Richard Eden also revealed that another prince is lurking in the background of 24-year-old Oxford graduate Louis. Peter Mandelson, the “Prince of Darkness”.

Many years ago, Rui’s parents’ next-door neighbor, Pia, was a babysitter for the family.

Created and written by Deborah Davis, Marie Antoinette tells the story of a strikingly modern, avant-garde young queen who was only 14 when she left Austria to marry the Crown Prince of France.

Blue Bloods: The 24-year-old actor plays the role of Louis XVI in the BBC drama.

Sue Deeks, Head of Program Acquisitions at the BBC, said:

“Following the success of ‘Versailles’ on BBC Two, we are delighted to bring British audiences back to the luxury and excitement of French court life.”

Filming for Bridgerton’s highly anticipated series three continued on Thursday as the cast was spotted on set in South London.

For the premiere of the new season of Netflix’s hit show, the cast and crew have arrived at a gorgeous South London country house decked out in purple flowers.

A series of now-unknown cast members stood out in bold period attire as we chatted in front of the stunning gardens.

They were accompanied by a male actor who looked dashing in 1800s outfits that included long suit jackets and gaudy top hats.

The cast appeared to be filming a lavish event, gathering outside the lavish venue in their best gear.

The popular period drama has been confirmed to be back in production after the release of its record-breaking second season in March.