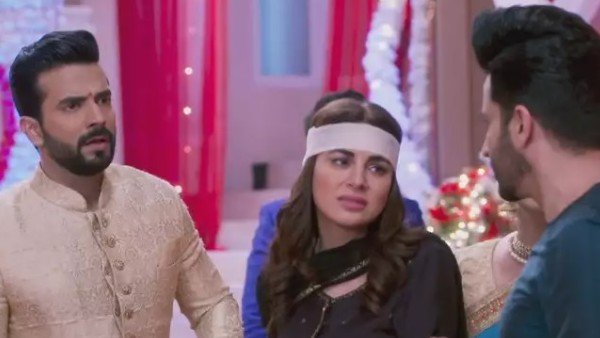 Hi dear readers, after a long wait, here is a written update of your most beloved daily soap “Kundali Bhagya” on June 24, 2022. The current track of the story has changed because the show shows a breakthrough gap, which is very attractive to watch. So far, we’ve seen Karan killed and Preeta, who was pregnant with Karan’s child, completely shattered after the death of her love. Meanwhile, Karan’s father decides to tie Preeta’s wedding knot with her eldest son, Richab, to take care of her and her children. The wedding is over, the show has taken a leap of five years, Preeta’s daughter is now five, and Luthra is living a happy life. Follow our website Avitoa.com for the latest updates !!!!!

However, an unexpected twist appeared on the show. Viewers see Karan still alive and his face changed, and consider Preeta and Richab to be his murderers, and he seeks revenge. He was all ready to take revenge and changed his character and name. In this upcoming promotional episode, it is shown that Karina knows the fact that her son Karan has died in Raki and he is no longer with his family. Her face looks sad while she talks to her, and Raki remembers the pain of Karan’s death when she became sad and began to think about her old memories with her son. ..

Karina shows her anger at Pandit Ji for resurrecting the extreme pain of Karan’s death. But since Raki predicted Karina that Pandit Ji was alive about Karan, she began to feel the presence of her son around her and she wanted to know her truth. She said. But her sister-in-law tells her not to think that way, torture herself in this way, face or accept Karan’s bitter real-life death. Meanwhile, the living Karan follows Preeta to the Education Center, and every time Kavia enters the class, she is behind Preeta.

When Preeta kissed Kavya’s forehead and got up after sending her to class, Karan turned inside out, but was still standing there and saying nothing. Preeta notices him and looks at his back with her unknown feelings, but she is distracted by others and begins to talk to them. That’s all for today. Until then, we’ll be back soon with the next update. We’ll be back soon with another written update. Don’t forget to watch this “Kundali Bhagya” episode on ZeeTV.